The Flint Hills Trail stretches for 117 miles across east-central Kansas, from Osawatomie in the east to Herington in the west, and passes through communities including Rantoul, Ottawa, Pomona, Vassar, Osage City, Miller, Admire, Allen, Bushong, and Council Grove. The trail passes through five counties: Miami, Franklin, Osage, Lyon, and Morris.

As its name suggests, the trail crosses the beautiful Flint Hills. The Flint Hills represent one of the last remaining tallgrass prairie ecosystems in the world. It is home to abundant prairie plant and wildlife species, spectacular views, national historic sites, and a diverse set of recreational areas. The eastern portions of the route travels alongside the Marais Des Cygnes River, between rushing waters and towering bluffs, through rolling farmland and riparian woodlands.

The Flint Hills Trail is the seventh-longest rail trail in America, and the longest trail in Kansas. It follows the general route of the Santa Fe National Historic Trail and forms a component of the coast-to-coast American Discovery Trail.

This trail has no images associated with it.

This trail has no videos associated with it. 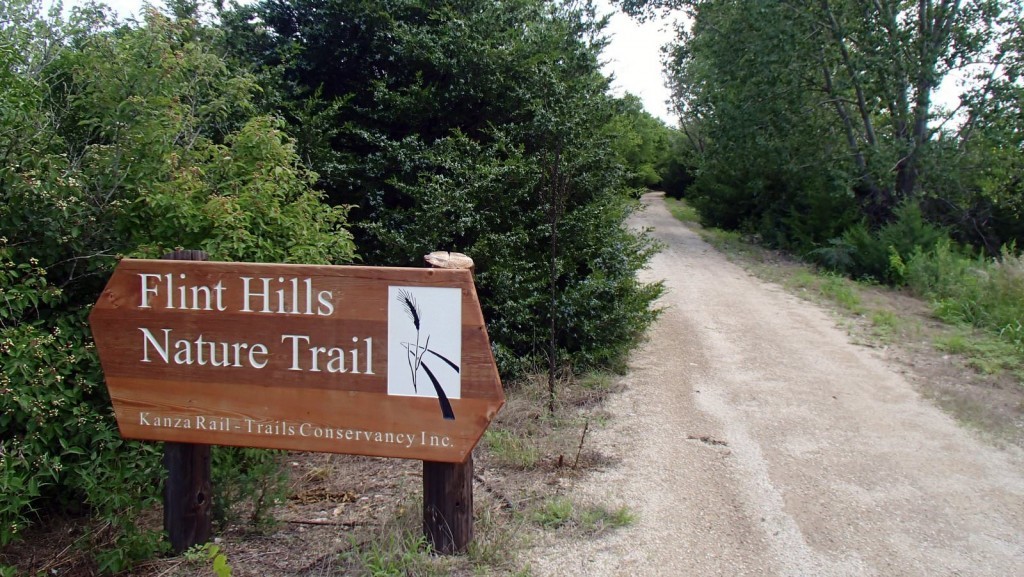 Please note that some sections of the trail are under construction and may not be passable.